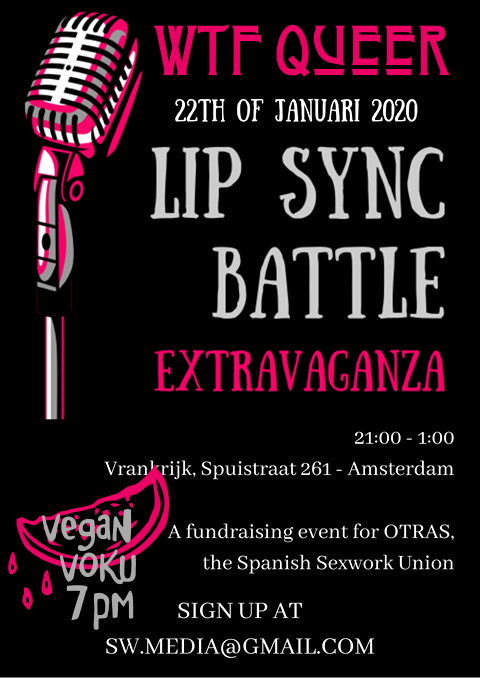 Take out all you have and show it to us!
At the 22nd of January we’ll organize a Lip Sync Battle Fundraising event to support OTRAS, the Spanish sexworkers’ union also called the Organización de Trabajadoras Sexuales.
They don’t receive any funding, because the Spanish government bans the sex worker union OTRAS.
We want to support them in their fight for their rights and you can help us with that.

Do you like to shine on stage?
Are you a lip syncer?
Please sign up at sw.media@gmail.com and show us what you’ve got!