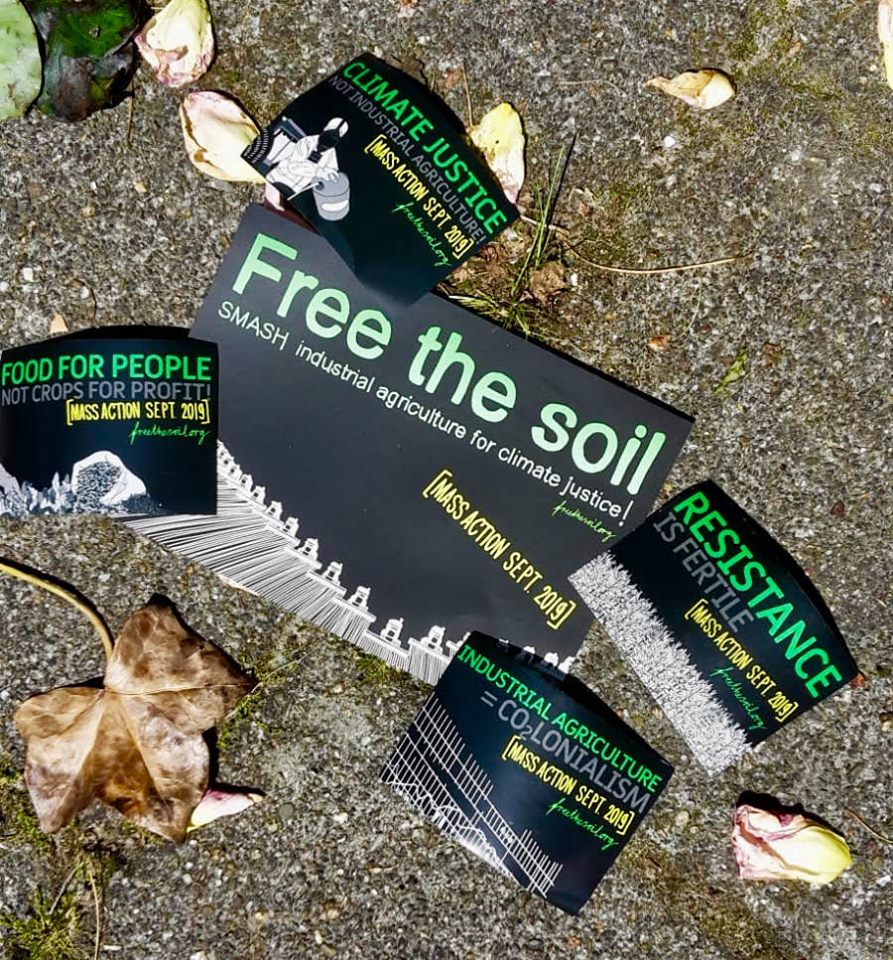 On the 17th of July ASEED EUROPE is gonna organise a Free the Soil benefit dinner at Vrankrijk in Amsterdam. We will cook a delicious vegan dinner and raise money for the campaign. Join us for a yummy dinner and some more infos on the campaign as well as the action camp which is scheduled for September.

Free the Soil is a campaign being organized by several collectives from around mostly northern Europe which aims to educate folks and raise awareness about the links between climate chaos and industrial agriculture. The campaign is currently focused on naming and shaming the largest producer of synthetic nitrogen fertilizer, and Europe’s largest buyer of commercial fossil gas, YARA. The camp and action will also focus on blocking production at it’s second largest production site in Europe.

YARA is a multinational corporation with earnings of almost 12 billion euro’s in 2018, facilities on 6 continents and sales to over 150 countries. This puts them in a position of enormous power, especially in terms of lobbying. YARA is an important member in the Global Alliance for Climate Smart Agriculture. Despite it’s deceptive name this lobbying group does it’s best to frustrate policies which would protect and empower farmers and keep us on the path of climate collapse. Synthetic nitrogen fertilizer is an incredibly resource intensive product, using fossil gas as an ingredient as well as the fuel for the process, the Haber-Bosch process, itself. Besides being so resource intensive it also creates a vicious cycle of addiction, killing soil health and reducing the ability of the soil to sequester carbon from the air.